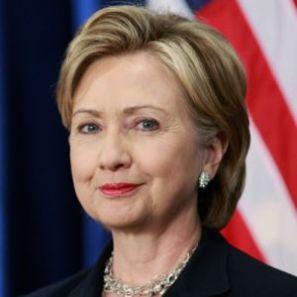 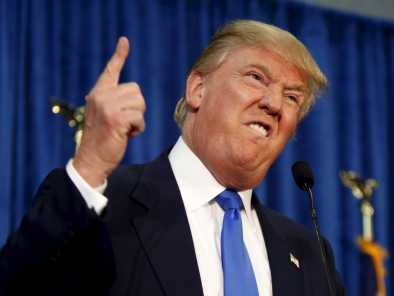 Embittered and still in shock, the reality that Hillary Clinton will not be president is slowly sinking in for many Americans and Canadians. How could she lose? How did seeemingly everyone get it so wrong? How did a man so full of himself, contempt, misogyny, disrespect, ignorance, arrogance, and a complete lack of subtlety beat the poised, articulate, sophisticated, intelligent, poignant, and classy candidate? Many are still searching for answers.

One writer, Michelle Hauser with the National Post, suggests Clinton was too arrogant, blinded by “naked ambition” – as though Clinton should be apologetic for such a flaw in character – and ought to have known “the party was over” after failing to secure the 2008 Democratic nomination. In other words, Clinton never should have run for the presidency a second time. What a revelatory insight now that the election is over; Hauser never once raising the alarm bells for the Clinton camp pre-loss; even weeks prior to election night, writing it was time for the US to tell Trump, “You’re fired.” Make up your mind,  Hauser.

Hauser’s claim that Clinton believed she was owed the presidency after thirty years of public service is incredible. On what insights is Hauser basing this claim? If anything, the opposite is true. Clinton doggedly worked day-in and day-out for the last eighteen months to re-secure the White House for her party (something only five presidential candidates, barring a sitting president’s death, assassination, or resignation, have successfully done in  thirty-nine elections – or 12.8% of the time – since Abraham Lincoln ended slavery and the Civil War), to say nothing of another four years of service as President Obama’s Secretary of State, travelling to 112 countries to anchor American interests abroad. Clinton didn’t just walk away from politics after losing the 2008 Primary contest until her entitlement to America’s highest office could be fulfilled: she licked her wounds, swallowed her pride, and rededicated to commander-in-chief and country.

Taking a shot at the White House is not done without months of consulting, preparing, polling, gladhanding, and hosting multiple donor events to ensure a candidate can attract enough political and economic clout for the impending contest. It was a foregone conclusion Clinton would run in 2016; that does not mean she expected to be handed the keys to 1600 Pennsylvania Ave so long as she graced American voters with her presence. As she has shown throughout her career, Clinton rolled up her sleeves and went to work.

And Clinton’s approval rating for Democratic leadership remains unquestionable, evidenced by the minor facts of absolute dominance in the 2016 Primary election before winning the popular vote for President. Among white American women, exit polls show a majority voted Trump. Apparently, Ms. Hauser would opine that these women, caught “somewhere between angry and annoyed” that Clinton had the gall to run for President, voted for Trump in protest. Please. Clinton may have lost the presidency, but she was the right candidate for the Democratic ticket.

Robyn Urback with CBC, has suggested that the Democratic Party establishment should be ashamed for having lost this election to Trump. While it is embarrassing to lose to this man in particular, it suggests that Clinton and the party lost the campaign as opposed to Trump winning it. Time and again Clinton and her political team took to the high road in what was a nasty, brutal, bareknuckle brawl mostly because of how Trump chooses to handle business. Trump was able to keep the focus on his anti-establishment, -humanity, -immigration, -globalization, -logical rhetoric, and he ground-out every possible vote from the despondent, allegedly disenfranchised, disaffected, delusional and blame-anyone-else-for-our-problems Republican base. Trump fought harder and dirtier than any candidate in recent memory. And he won.

Another writer with the Globe and Mail, Marie Henein, is claiming Clinton’s loss is explained by gender. There. She said it. And she is wrong. No question, gender-bias is alive and well in North American society – alongside all of the other biases one could possibly imagine to unfairly pigeonhole an opponent. We all have them. Again, Clinton attracted the most votes of all American citizens who cast one. To believe bumbling socialist Bernie Sanders, the only plausible male alternative (appearing on all Primary ballots), would have won the presidency because he had the appropriate anatomy is asinine. If the next inductive counter-argument is to establish that other, stronger Democratic candidates would have entered the primaries if she had stepped aside, save the megabytes, Henein: insightful, astute contenders knew they would be publicly routed in any popularity row with Clinton.

Henein is right that Clinton’s main detraction is “relatability.” However, Henein’s version lays bare her own sexist bias. To most voters, relatable means having a discussion with the candidate over a beer. Instead, Henein questions whether Clinton appeared “cuddly” enough; motherly and grandmotherly enough; presidential enough in her pantsuits and pearls. (Has the sighted world forgotten about the airtime, webspace, memes, and gigabytes invested in Trump’s small hands, orange-glowing skin from a recent soak in nuclear waste (likely from Chernobyl while visiting Comrade Putin), or the dead thing on his head that he calls hair?) One only need watch the townhall-styled second debate where Clinton is devoid of her safety-lectern to see utter weakness in the relatable category: she is uncomfortable to the point that I drew blood from my lower lip, agonizingly trying to steady myself while she attempted an impromptu lean.  I’m still blushing at the thought.

Trump won because he did not stay on message; was not the voice of reason or stability; and he promised to Make America White Again (sorry, Trumpian slip). Clinton was bound by circumstance and a wildly popular predecessor that still resides in the White House. And it is incredibly difficult to ride the party’s coattails to the oval office for a third consecutive term as voters, in this case, viewed Clinton’s potential through the lens of Obama’s failures. Moreover, the deep, raw, emotion-inducing divide within the American electorate swung enough voters to cast ballots for the candidate that promises to reform Washington and cleanse America of its social ills, ethnically and otherwise. All of these situations are beyond the control of the Democratic establishment, and none of them can be laid at Clinton’s feet. Clinton was the candidate Democrats wanted, and the candidate the rest of the world deserved.

One thought on “Clinton was the Right Candidate”